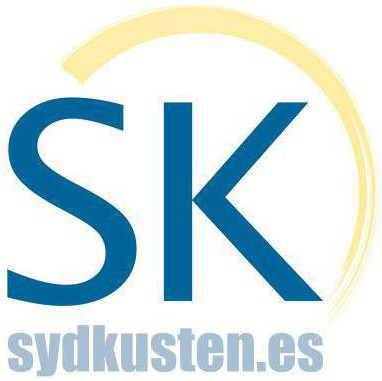 The company Sydkusten Media S.A. is a Sweden managed, Spanish limited company, specialised in news service and arrangements for the Scandinavian colony on the Costa del Sol and the rest of Spain.

The activity includes, among other things:

2. www.sydkusten.es - Sydkusten is the leading website for the Scandinavians in Spain, since July 1997, updated every day of the year, with Spanish news in Swedish, tips on events, ads, the picture of the day, video, a large news archive, etc.

6. SK Golf - Sydkusten organizes since 1993 the most and biggest competitions for nordic golfers on the Costa del Sol. From autumn 2015, there is one competition every quarter of year.

7. Other arrangements - Sydkusten organises seminars, excursions, travels and our own trading fair, like "Suecia en España". Both on our own initiative and on request by customers.

8. Art agents - The good reputation of Sydkusten and our professional way of working has allowed the company to represent the Bukowski auctions, since 2003, in the south of Spain. The mission includes valuation of art and antiques, as well as the transportation to Sweden for the auction.

9. Pilot license - Since september 2018 Sydkusten is authorized by the spanish agency AESA to take pictures and videos, both for own purpose and on demand.

Why advertise for the Scandinavian community?

• A majority of the resident Scandinavians on the Costa del Sol, have a high or a very high purchasing power, much higher then the average on the cost.

• As a difference from the casual tourist, the resident Scandinavians spend money more regularly on living, transport, health care, services and capital investment.

• Resident Scandinavians distinguish themselves for being among the most outgoing and inclined to integrate of all the foreigners on the Costa del Sol.

• Sydkusten made in the spring of 2005 a large gallup about the Scandinavian colony and you can see the result here (in spanish): http://www.sydkusten.es/encuesta

• The magazine SK has the largest edition of all the Scandinavian publications (minimum 10.000 copies).

• Sydkusten is the most read and committed media, which is made clear by the fact that no other Scandinavian publication has as many letters to the editor. and other interaction.

• Sydkusten is considered, by a vast majority of the swedespains, to be the most serious and the most worth reading media in their own language in Spain.

• Sydkusten is used by leading advertisers both in Spain, Sweden and other countries.

• The website of Sydkusten: www.sydkusten.es, is not only the oldest, but also the most professional and updated of all those who direct themselves to the Scandinavian colony in Spain, with a constantly growing reader frequency, which is more than 50.000 unique visits per month. 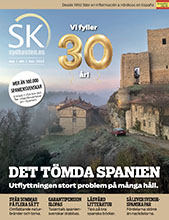